The First World War transformed the Flanders into the most dramatic war landscape in Belgium. The region was marked and marred by four years of bitter conflict. The inhabitants of 1914 saw how their homes and their fields were turned into battlefields on which European and wider international interest were fought out. Like so many millions of others, they were forced to pay the price for the failure of the princes and the politicians to settle their differences in peace.

The Flanders now contains hundreds of monuments and cemeteries which have great historical significance for the people of many nations. The story of war and peace belongs not only to the past, but also to the present and the future. 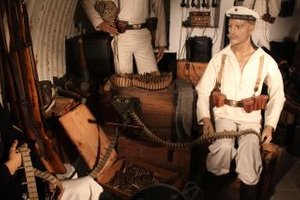 Claude and Dominique are aware of the importance of this heritage and hope to make their own small contribution to the History of WW1 by guiding you along sites of importance.

Here is a possible program:

Start from Brussels or other Flemish cities (Ghent, Bruges...),

Claude and Dominique’s comments: Very interesting for the visitors who want to know generalities with a smart explanation (maps, documents, pictures..). The trenches and shooting platforms are worth seeing; just you need a good physical condition because the distances are big + many staircases. The History of WW1 could also be explained later on during other visits the same day.

b)      A short visit: The canons + platforms from outside: 20 minutes walking tour: also good to have an idea of the coast defense during both wars (cameras allowed).

Claude and Dominique’s comments: the best solution if you don’t have enough time.

a)      Memorial King Albert I of Belgium, Nieuwpoort 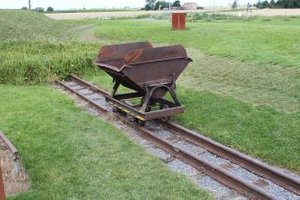 a)      The war began on August 4th, 1914. Germany invaded the neutral Belgium. After 3 months King Albert I of Belgium was forced to retire with his small army towards the French frontier. The king steadfastly refused to leave his country and called upon his soldiers to show themselves worthy of their land. After the war, he became so popular among the Belgian People and was called with the nickname: “The Knight King”.

b)      Two Belgian workers knew how to open the flood gates. They became heroes of the Belgian History. The water level of the river Yser rose and overflowed the countryside. As a result, the Germans were forced to withdraw and the front remained stable until 1918. A little part of Belgium was definitively not invaded.

Visit: 30 minutes for both sites, free of charge

Claude and Dominique’s comments: really a nice place. Easy to commemorate King Albert I and understand the flooding operation of the surrounding countryside in October 1914.

At the end of 1914 the Belgians flooded the area between here and the coast. However at this bend in the Yser River the flooding was at its limit and it was impossible to leave the area unguarded.

In an attempt to remove this obstacle the Belgians began this trench system in May 1915. What the Belgians hadn't realized was that the Germans were doing exactly the same southwards. Eventually the two sides found themselves only a matter of meters apart and began fortifying their positions.This is one of the most evocative reminders of the war: the so-called “Trench of Death”.

Claude and Dominique’s comments: impossible to miss it. This is one of the “musts” of this tour.

Along the River, about 2 km from the Trench of Death, one finds the “Yser Tower” and the “Gate of Peace”. These monuments commemorate the struggle of the Flemish people to achieve their national identity, but also reflect the desire of all nations for peace.

a)      The “In Flanders Fields Museum” tells the story of the Great War. The focus of the scenography is the human experience and calls particularly attention to the contemporary landscapes.

Claude and Dominique’s Comments: at least 3-hours visit, super interesting, very emotional, but not necessary if you don’t want to study the question very deeply. Other museums (ex: Memorial Passchendaele) are not so big but give also a lot of worthy info’s.

b)      The “Menin Gate” is the most famous Commonwealth war memorial in Flanders. Tens of thousands of soldiers passed through this gate on the way to the front, many of them never returned. The “Last Post Ceremony” takes place each day (8 pm) under the Menin Gate.

Claude & Dominique’s comments: can be visited during daytime. Visit: 20 minutes, free. But: If you want to attend the Last Post (8:00 pm, takes 20 minutes), possible but with extra charges for your guide.

c)      Originally, ‘Tyne Cot' was a strong point in the German Flandern I Line capture in October 1917. A cemetery of 340 graves quickly grew up around this bunker - men who had died in the aid post or nearby. 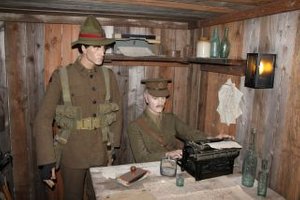 Between 1919 and 1921 the specialized ‘Exhumation Companies' brought in many thousands of bodies from the surrounding battlefields. Only 3.800 of the victims could be identified by name.

d)      Battle sites and monuments: a tour to discover some important witnesses of WW1

Claude & Dominique’s comments: all these sites are situated around a very small distance of Ypres and can be visited in less than 1:30 hour. If you want to visit one particular site (a cemetery, a monument…) it is always possible if the distance is not too long. Please, let us know in advance.

The “Memorial Museum of Passchendaele” presents a wide collection of historical objects and several realistic dioramas. During the Battle of Passchendaele in 1917 more than 400.000 soldiers lost their life.

The Flanders Field American Cemetery and Memorial in Belgium occupies a 6.2-acre site. At this peaceful site rest 368 of US-military dead, most of whom gave their lives in liberating the soil of Belgium in World War I.

Claude & Dominique’s comments: wonderful place of peace. Respect for the American soldiers who lost their life in September and October 1918, a few weeks before the Armistice. The only WW1American cemetery  in Belgium.

The memorial site is dedicated to the soldiers of Ireland, of all political and religious beliefs, who died, were wounded or missing in the Great War.

Claude & Dominique's comments: no Irish can miss this site; 70,000 Irish soldiers lost their life during this silly war.

This site commemorates the actions of the Canadian Army in defending the southern stretches of the Ypres Salient between April and August 1916. Along the Canada Avenue lined with Canadian maple trees you'll find : the Memorial, the Cemetary and an interesting museum.

More: Visit of the Canadian site and Hill 62

Claude & Dominique comments: thousands School children and Veterans visit this site; it is really amazing to discover how WW1-soldiers lived in mud and misery. 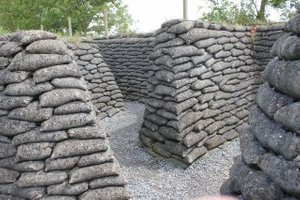 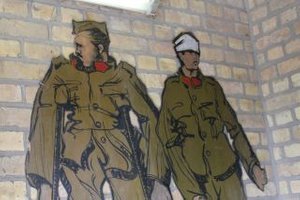 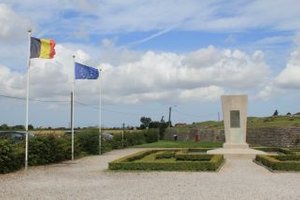 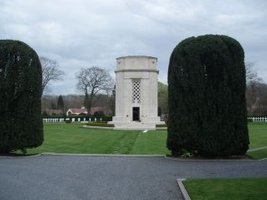