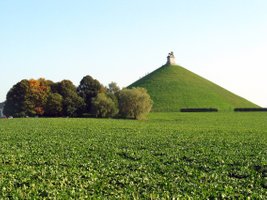 The Battle of Waterloo was fought on Sunday,

Back to main page